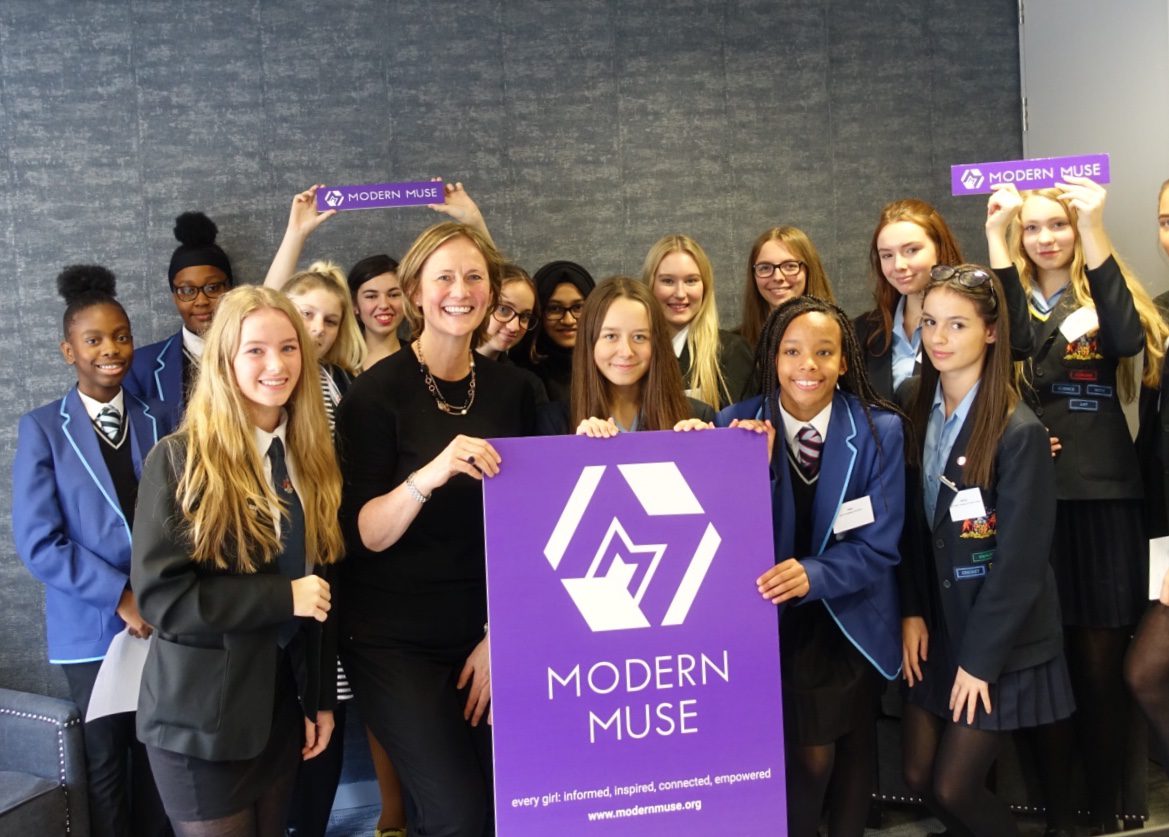 We were joined by girls from three different schools; Harris Academy Peckham, Coopers’ Company and Coborn School and Wapping High. The event was all about being empowered, motivated and visionary and how we can use these qualities to ‘think like an entrepreneur’ when it comes to creating the Modern Muse Movement.

The Modern Muse Movement is about getting 1 million girls signed up to our website and in doing so, giving them access to role models in lots of different jobs and inspiring them to believe they can have any career they want.

Sam Smith, the founder and CEO of finnCap kicked off the session by telling us her story of how she became the only female CEO of a city brokerage in London.

You should never be afraid to speak up, everyone’s opinions matter and diversity in people and opinions is so important when it comes to entrepreneurial business.

To view Sam’s Muse profile and read more about her career click here.

We then had a great brainstorming session run by Javed Thomas.

An important point highlighted at the event was that even though Modern Muse is run by girls for girls, we also need male agents of change who want to achieve the same goals as we do; to close the gender pay gap by creating empowered future female leaders.

Here are the questions Javed asked the girls and some of their responses:

1.What is stopping girls from going for non-stereotypical careers such as STEM?

Lack of confidence and knowledge.

2.What will encourage them to pursue typically male dominated careers such as STEM?

To have access to female role models and mentors.

3.We want to create a Modern Muse Movement of 1 million girls. What do you think would encourage them to sign up to the website straight away?

Talks from female role models and activities to help us build skills.

4.We want men and women across the country to be part of this Movement. What could companies do to support Modern Muse?

As Modern Muse is led by girls, the ideas girls come up with make a big impact and the Modern Muse team think of ways to make these ideas a possibility!

We would love you to submit your own ideas via this link all answers are anonymous!

Finally, as today is International Day of the Girl, girls took part in a photo shoot to show how, as a #girlforce they are #unstoppable. To see more, follow our Instagram here.

“As entrepreneurs, innovators and initiators of global movements, girls are leading and fostering a world that is relevant for them and future generations.” UN #Internationaldayofthegirl #unscripted

As part of Modern Muse, you can lead this change by sharing the Modern Muse website with your friends and fellow students, this is the beginning of a Movement that will empower future generations of girls.