From the classroom to Bake Off

From the classroom to Bake Off 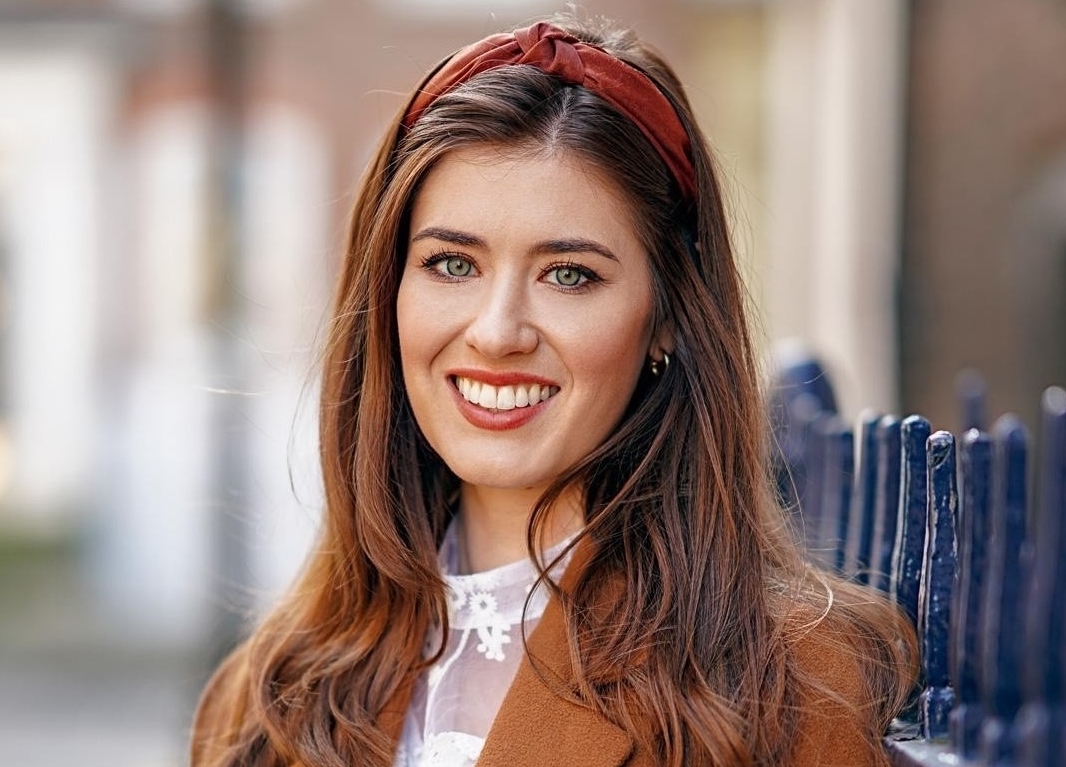 At Modern Muse we’re always encouraging girls to broaden their networks of contacts as the more people you know, the more opportunities you will have and the easier it is to get things done at school and in your future careers.

Through our network, the Modern Muse Team were really lucky to meet Alice Fevronia, a finalist at The Great British Bake Off 2019 – she was a guest at the NatWest everywoman Awards celebrating female entrepreneurs.

We were incredibly inspired by Alice, so we asked her if she’d do a quick interview and she said yes! Here it is.

Did you always know what you wanted to do?

I studied Geography at Durham University as it was a subject I was always interested in, but I never really had a set career plan in my mind when I graduated. I knew I loved working with children and being creative, but I’d
be lying if I said I’d always wanted to be a teacher.

I started working as a pastoral Head of Year, and did so for a few years, as well as working for a charity for young people. However, I’d always loved baking, and if you’d have asked me what my dream was, it would have been to have my own cake shop.

Which subjects did you study at school?

I never liked specialising too much at school and I did a real mix of subjects for A Level. I took Art, Philosophy, Geography and Maths, which to me seemed fine, but people seemed confused about why I’d chosen them and what it would lead me on to do. I just chose them because I enjoyed them, and it meant I worked hard and did well at them.

I think it’s important to always choose to do something you enjoy, not just because you think you should do it. I enjoy working with children and being in a busy, bustling and inspiring environment. Hopefully I can combine that with my baking in the future!

We encourage girls to start building skills at school. How did you do this and what skill has been key in your career?

In every job I’ve worked in, I have needed good communication skills, and I don’t think it is necessarily something that comes naturally. I was very shy at school, and the prospect of standing up in front of people filled me with dread, which is why I sometimes can’t believe I went on TV in front of millions of people.

As I got into the older year groups at school I found opportunities to take part in extra-curricular activities that meant I was meeting new people and learning new skills in different settings which helped to develop my confidence in ways that you can’t learn in a classroom.

What made you apply for The Great British Bake Off?

I think it can be really good to try out for things even if you don’t necessarily think you’re ready. Opportunities don’t come along every day, so you just have to put yourself out there!

How did it feel knowing you’d be watched by millions?

I hadn’t ever thought about being on TV, and when I was filming, I was far too preoccupied with trying to impress Paul and Prue to think about the fact that millions of people would be judging it too!

I was nervous, but it was such a lovely atmosphere in the tent with all the bakers and crew. It was very weird watching it all back though, I’ve always been a very private person, and now I’ve shared a lot about myself with a lot of people. I also didn’t quite realise how many facial expressions I make.

If you think back to your time in the tent,  what was the best thing about the experience and what was the most stressful?

When I think of my time in the tent, it was a complete roller coaster of experiences, but overwhelmingly, it was an amazing time and I was having to pinch myself every day that I was in the famous white tent.

The best thing was the camaraderie between the bakers, we really did look out for each other. However, I can’t lie about the fact it was stressful and there were times when I wondered if I could do it.

I took it a day at a time, practiced, tried to stay calm and just gave it everything I could, which seemed to pay off!

What was it like to meet and work with Paul, Prue, Noel and Sandi?

Paul and Prue are the perfect team. They really do try to help with their feedback, and as much as I was terrified of their comments, I learnt so much from them! Noel and Sandi are hilarious and caring in equal measure, they made sure we stayed calm and really brought us down to earth – no matter how
daunting it all seemed, at the end of the day, we were just baking. Nothing terrible was going to happen!

How has your life changed since The Great British Bake Off?

Bake Off has completely changed my life in the sense that I now have the opportunities to do what I’ve always dreamed of, but most importantly, I’ve got more confidence to go out and make the most of them.

I would love to get into more recipe writing, creative cake design, and even start my own baking school. I’m not saying that going on TV to bake in a tent is the answer, I know I’m very lucky to have been given this opportunity, but it has shown me that working hard, believing you can do it and having resilience can go a really long way.

Do you ever have confidence wobbles?

I have had so many confidence wobbles, as I’m sure many people have. I think it shows that you are taking time to be reflective about what you’re doing rather than charging along without looking back.

However,I’ve learnt that while there will be hurdles and hiccups in life, it doesn’t mean you’ve failed.

I’ve suffered from ‘imposter syndrome’ for years, even in the Bake Off tent, when I just thought ‘surely I can’t be good enough for this’, but it’s about taking every opportunity you are given and giving it your best shot. That’s all anyone can ever ask.

Is there anything you know now, that you wish you’d known at school?

When I was younger, I saw successful people that came into school, or on TV, or in the media and I just assumed they had it all figured out. I thought that they must have followed a path and a plan and knew what they were doing all along.

Of course, as I’ve left university and met new people in so many different contexts and industries, it has become ever more apparent that these people have become successful because they’ve worked really hard, taken chances and risks, had knock backs, and most of all, had a belief in themselves.

There is no one way to do things, and you don’t even have to know what the end goal is, just be a work in progress and continue to move forwards with what you’re doing.

Whatever you do, never compare yourself to others. You will never be going at the same pace or doing the exact same thing as someone else.

There isn’t a set age or time to have done things by and it’s never too late to try out something new, or to pursue something you enjoy. Comparing yourself to others only stops you from focusing on your own goals.