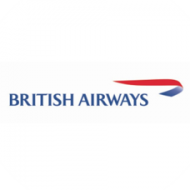 British Airways
View Muses At This Company
British Airways, part of International Airlines Group, is one of the world's leading global premium airlines and the largest international carrier in the UK
This user account status is Approved
followers5
following0
Follow
About About
Activity Activity

A British Airways aircraft takes off from somewhere in the world, every 90 seconds. We carry more than 145,000 customers every day and 40 million customers a year to over 200 destinations in 75 countries across the globe. Our home base is at London Heathrow, the world's busiest international airport. We currently employ approximately 45,000 employees, including 16,500 cabin crew and 3,900 pilots.

Women play key roles throughout our business in the air and on the ground.

To celebrate International Women’s Day 2018, more than 60 British Airways women came together to show off their aviation skills and expertise during the UK’s biggest ever all-female flight. BA1484 from Heathrow to Glasgow on Monday, March 5 2018 brought together women in roles including baggage handlers, pilots and cabin crew, flight managers,   loaders and push back teams, security, check-in and airport teams. Together there were 61 women who ensured the flight with 204 customers departed on time.

As a premier international airline and a global employer, we are dedicated to enriching livelihoods and communities across the world. Our Flying Start programme is a   global charity partnership between British Airways and Comic Relief UK. We have raised over £16 million since our partnership began in 2010 and funds go to supporting children both in the UK and overseas.

We’re passionate about building a workforce that reflects the diversity of the customers we serve. To make this passion a reality we need to encourage more young women to consider careers in aviation, particularly in engineering and pilot roles. Browse Modern Muse to get a flavour of all the varied opportunities we have on offer across our business, as well as the diverse and inspiring career journeys of our people. Take a look at our 'Take off Tuesday' video series.

Our people have the power to make memorable customer experiences; wherever they work on the ground or in the air. Explore a world of opportunity at British Airways:

The “Inspire” programme is our commitment to young people and schools to showcase careers in aviation. Whether you're an aspiring engineer with the desire to work on one of the world's largest fleets, or are striving for a career to deliver excellent customer service.

Watch our video or visit our careers website to find out more.

We run apprenticeship programmes in three key business areas: Customer, Operations and Professional Services & Business support. Each of them is structured to enable you to make a real contribution to our business and work towards a nationally-recognised qualification.

Our six graduate programmes offer unrivalled opportunities for the hard-working, and the intellectually curious. Ranging from placements in finance to logistics.

View Muses At This Company
This site uses cookies: Find out more.